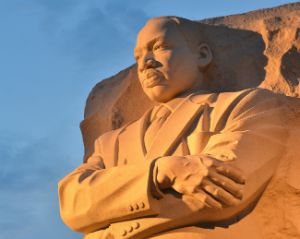 This speech and King’s general efforts to push for equal civil rights redefined this country – for the better. One thing I find incredible is how he handled himself so well in front of many different audiences.  The thought of speaking to 250,000 people gives me a little vertigo.  Yet, the way he prepared often goes undiscussed.

Yet, the way he prepared often goes undiscussed.  How did he manage?  What were his preparations?  I’ve also wondered how his strategies may be broadly applicable in today’s corporate world.

According to The Open Box’s Pastor Terrell,” King’s approach was straight forward.  He would outline, meticulously research, then write sermons over the course of several days.  Each sermon was crafted with clarity and precision, as he wanted to “paint simple pictures…” with strong subtexts through metonymies.  (Metonymy: the substitution of the name of an attribute or adjunct for that of the thing meant.  King used metonymies like, the “iron feet of oppression” and the “dark chambers of pessimism”.)

As for the actual delivery of his sermons, King made a point to never read directly from his manuscripts.  Familiarity with each text allowed him the freedom to look around and build rapport through visual contact.

Equally important, Maurice Watson, citing Richard Lischer, writes in “The Preaching of Martin Luther King, Jr.” that King incorporated “…intonation and rhythm…to move the hearers’ hearts and minds.”  It is quite evident why he was such a great rhetorician.

Most of us will never be required to deliver speeches prompting social change in front of 250,000 people.  Many of us won’t even talk to more than a dozen people at any one time.  Nevertheless, there’s value in understanding King’s preparation when considering how we get ready to present.

After researching King’s preparation habits, I was most struck by three things that our customers can learn from when delivering a virtual presentation. 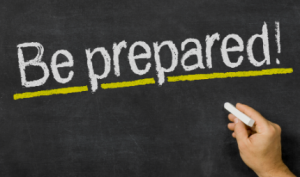 Whether you are leading a meeting or training in person or online, I believe these takeaways certainly help develop a presenting patterns that build comfort.

Being comfortable shapes confidence.  And when you’re confident, you can find ways to strengthen your rhetoric.