They say long-distance relationships don’t work. Put a few hours drive between a couple, and we’re told things are bound to unravel…eventually.

Well, we’ve found that 5,000 miles and the Atlantic Ocean aren’t keeping apart Colorado and France. In fact, the relationship is very mature and traces its history back to before the Lousiana Purchase. There are strong economic and business ties and a story of great sympathy after the tribulations of World War II. 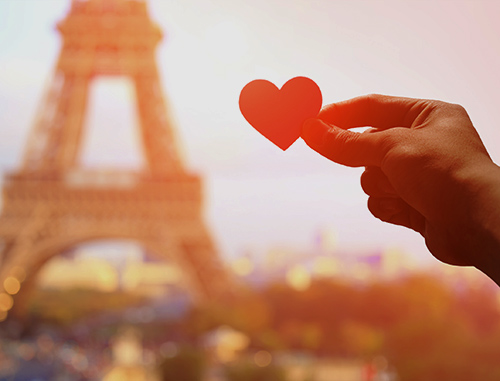 MeetingOne fits nicely into this relationship. Our CEO, Sophie Lal, is originally from Paris, and the roots of MeetingOne as a company are intimately connected to the City of Lights.

In this blog, we’ll explore the relationship between Colorado and France, and what exciting things are ahead for them together!

Like all good love stories, it took some time before the relationship between Colorado and France could blossom.

There was the initial, fleeting glance. French explores charted Colorado in the 1730s, and they assumedly prized the grand mountains they saw. Unfortunately, tensions with the Spanish were fraught, and a love triangle of sorts formed. Spain wound up reclaiming Colorado.

France was reconnected to the Centennial State in 1801 after a secret treaty required Spain to cede the lands known as “Lousiana” to Napolean. Soon, though, these lands were sold to the US in the famed Lousiana Purchase of 1803. And much time would pass before the star-crossed lovers would reconnect.

After World War II, France was left in tatters. One of the cities in ruin was Brest.

In 1947, an East High School teacher, Amanda Knecht, visited Brest and, “…was moved by the extensive devastation from bombing…”  Upon returning, Knecht and her students raised $32,000 to help rebuild the Children’s wing of the Brest City Hospital. (That’s over $325,000 in today’s dollars!!!)

Ever since this kind act of charity, Brest and Denver have been sister-cities. These two cities often collaborate on projects and have participated in various cultural exchanges. Heck, there’s even a street in Brest named after Colorado’s Capitol: Rue de Denver. (Google it for yourself!)

In the 20th and 21st centuries, we’ve seen the long embrace between Colorado and France continue.

In trade and business, the two have been great partners. In 2017, we saw $351 million in goods exchanged. 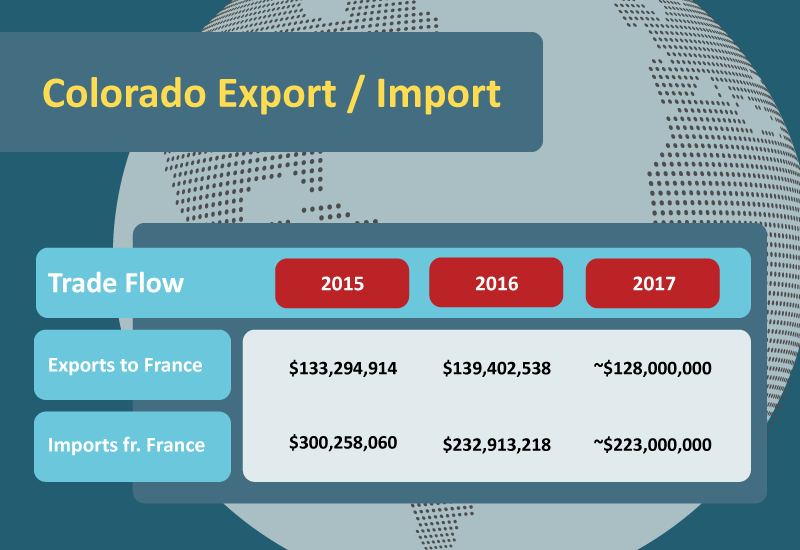 (You may recall that last year Danone purchased dairy producer WhiteWave, who is based out of Broomfield. ) 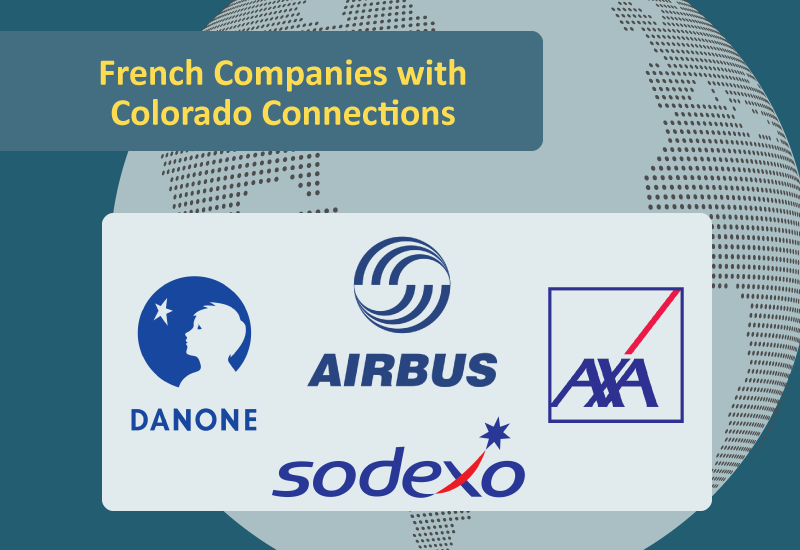 There’s good reason for la Republique to operate in Colorado. Our highly regarded workforce and well-defined knowledge centers make the state desirable. Not to mention that Denver is the second best place to live in the US.

And MeetingOne loves both! With our HQ in Denver and offices in Paris, Montpellier and Brussels, we’re making the most of this great relationship. We hire all of our employees locally – and outsource none!

But it’s only getting better!

In April 2018, the relationship received a substantial boost. After an extended period of negotiation, Denver and Paris arranged a non-stop flight on Norwegian Airlines.

While it may not seem like a big deal, it is, in fact, huge for fostering international business with Colorado. Denver was the last major metro area in the US to get a flight to Paris.

More importantly, the service is expected to generate $40 million in new economic activity for Colorado! And there’s a good chance over 300 jobs will be created as a result! 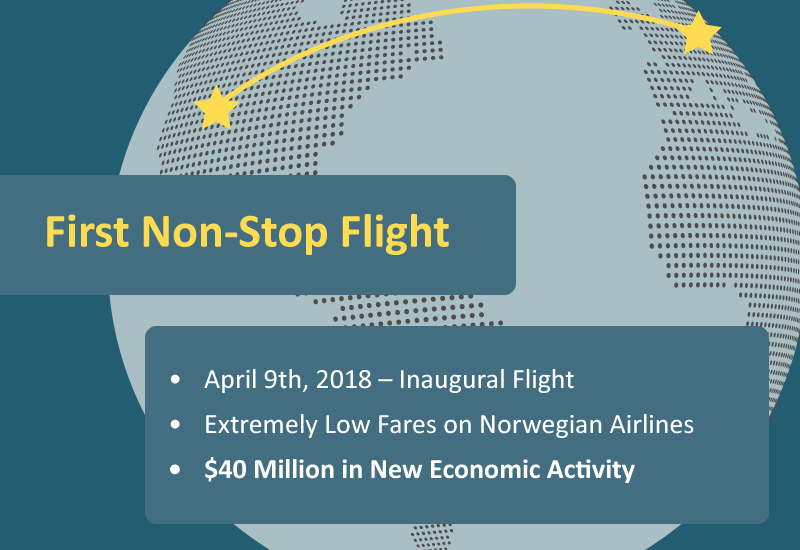 And MeetingOne was right there for this exciting new chapter in the Colorado-France lovefest. On that inaugural flight, our CEO, Sophie Lal, was one of only a handful of delegates representing Colorado. Makes a lot of sense. Who better to represent CO than a French-born CEO who’s created a Denver-based, industry leader in the hyper-competitive world of conferencing? 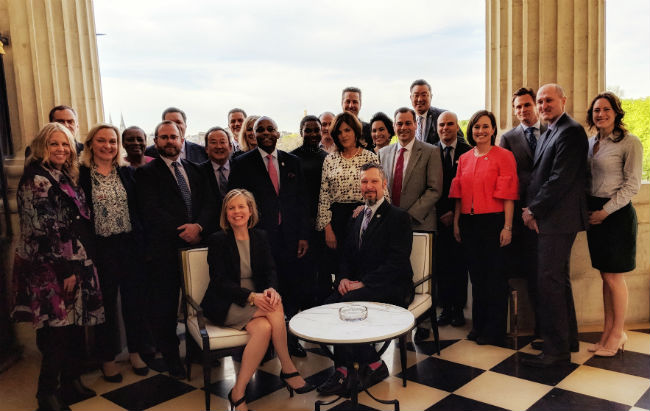 (Picture of all the delegates. Our CEO, Sophie Lal, is second from left in the front row.)

It was a truly unique opportunity. Norwegian Airlines and DIA worked very hard to make a soiree out of the first flight. Even before arriving in France, the delegates were treated to some French delicacies. 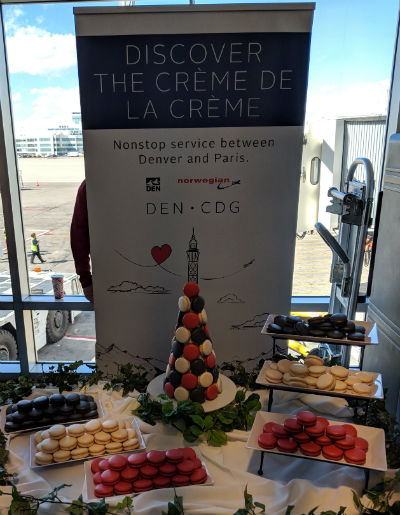 While on the trip, Sophie went on many exciting adventures. The delegation visited unique sites, including the Boulder-based Techstars Paris office; the location of the Marshall Plan negotiations, which led to the rebuilding of Europe after WWII; and the highly exclusive Christian Dior museum, which is not even available to the public for tours! 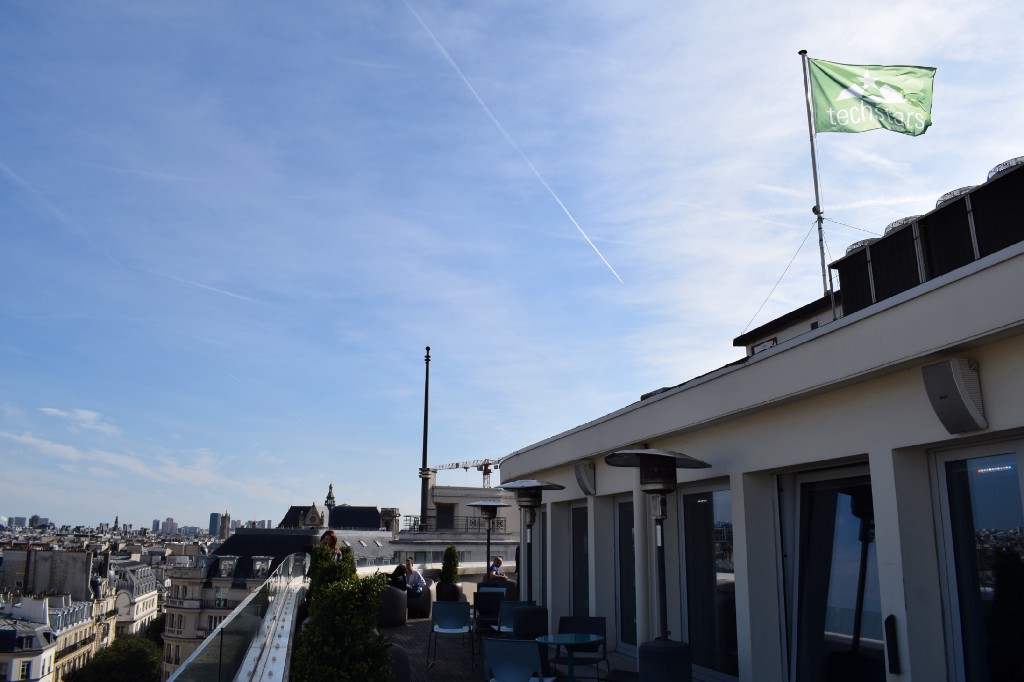 (Techstars Paris Office, which launched in 2017. Techstars is a worldwide network helping entrepreneurs in 150 countries get a leg up in the tech industry. They host the famous “Techstars Startup Weekend” every year!) 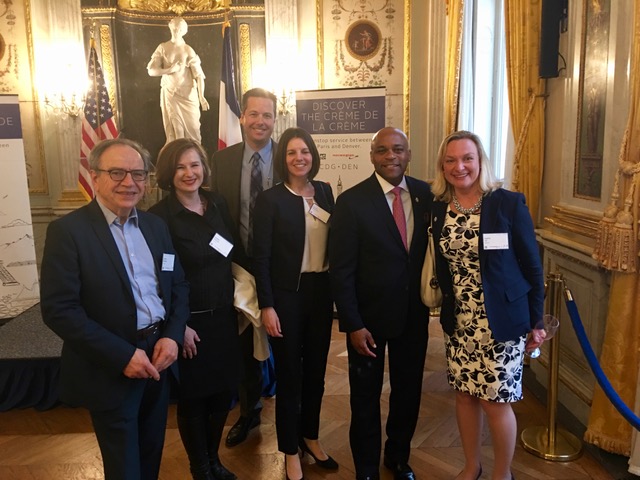 (Sophie is pictured here at the far right. Our EMEA General Manager, Joseph Rinaudo, is at the far left.) 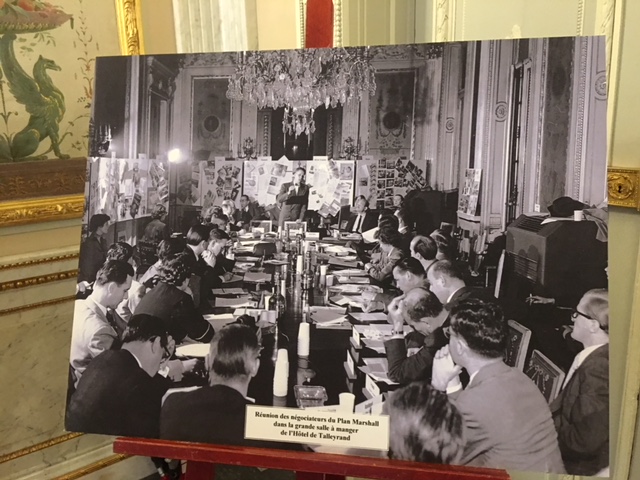 (Picture from the Marshall Plan negotiations.)

Throughout the trip, Sophie had the chance to talk with many important figures in the Denver business scene. There was the CEO of Denver International Airport; the Honorary Consul from the French Consulate; an EVP of Panasonic; and the President of the French-American Chamber of Commerce. Many relationships were created as a result of the trip and will grow in the future.

We firmly believe the new service will fortify the love Colorado has for France, and vice versa! We’re thrilled to be a part of this chapter, and we plan to do what we can to make sure this love story ends happily ever after!

MeetingOne is an international organization through and through. With offices in Paris, Montpellier, and Brussels, we are easily able to serve organizations with global needs. Having offices across the globe makes MeetingOne one of the organizations strengthening the bridge between Colorado and France!