The other day, I was on a conference call, and I realized how easy it was for me to just take conference call technology for granted.  I’m on conference calls several times each week, and it just doesn’t seem like that big of a deal.  That got me thinking, though, about how communication has changed. 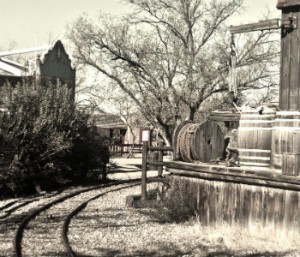 Before Samuel Morse’s first telegraph in 1844, “communication infrastructure” was little more than the ponies and trains used to deliver letters!  Back then, it would take over 48 hours to deliver a message just from New York to Pittsburgh!

Fortunately, we don’t have to worry about waiting four or more days to get a response on a project.  Emails and IMs allow us to effectively communicate in minutes, allowing work to get done FASTER.

There’s no doubt that improvements to communication options have made business more productive.  Central to modern communication growth was the invention of conference call technology.

It may seem strange to think of the conference call as being so important with video conferencing now available.  But it’s true.  Conference calls made it possible to bring about national and international teams to make important business decisions years before the first email was sent over ARPANET (1971).

Although many changes to conference call technology have helped shape the way we communicate, we want to highlight in this throwback blog three innovations that make conference calling as important today as ever.

The Top Three Innovations that have Enhanced Conference Call Technology

Conference calling has been around for a long time, actually.  The first “conference call” was made in 1915, and it was across the continent in celebration of the Panama-Pacific International Exposition.  The cost was for the call was, in today’s money, $485 per minute!!!

For a long time, hosting any conference call remained ridiculously expensive.  The cost was due in part to the infrastructure.  Lines would have to be routed between each and every caller.  Imagine a messy spider web – lines going everywhere, spun out in every direction.  That system was unmaintainable. 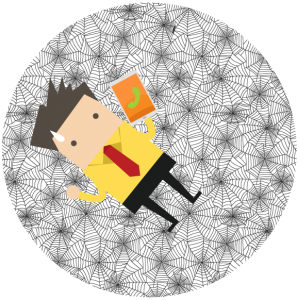 As the name suggests, all callers’ lines are directed to one location, the “exchange.”  The exchange, at first managed by operators then by automated circuitry, handles the incoming signals and reroutes information back to the callers.

So, what’s the big deal, Joel?

(Central Exchanges are used in every phone call, not just conference calls.)

To help explain the difference between digital and analog, I want to quickly remind how telephones work.  The handset you hold has an earpiece and mouthpiece/microphone.  As you speak into the mouthpiece, a flexible piece of plastic vibrates.  The plastic is attached to a coil that moves too.  The coil moves by a magnet which then generates an electrical current.  That current is carried along copper wiring to the other line you’re connected.  The electricity interacts with a magnet in the earpiece that, in turn, pulses.  Voila!  Sound is produced, and you have a conversation. 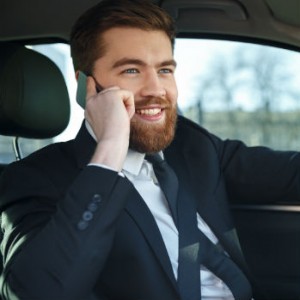 What I left out when it comes to conference calls are audio bridges.  Audio bridges act as a hub for caller lines during conferences.  Originally, as with all technology, audio bridges were analog in nature.  That means they worked on the voltages of electricity produced in the above process.

The biggest limitation of analog audio bridges: degrading of voice quality.  The farther analog audio is carried, the more susceptible it is to interference.  And the original input created when you speak, gradually diminishes.  Attempts to amplify the audio will also increase noise interference.  Audio quality and clarity will suffer.

In the 1970s, digital technology exploded with the invention of microprocessors.  Digital technology takes the electrical signals of analog inputs (your voice), breaks them down into binary numbers (zeros and ones), and then processes all of that as a code.  It does so by breaking continuous audio, for example, into samples – small pieces designated by a specific time interval.  Each sample is associated with a specific binary number.

It’s a fast process.  We’re talking about thousands of samples per second.

When it comes to audio bridges, digital conversion better manages the audio that’s coming across.  Digital bridges are better equipped to mute lines adding background noise.  And because the audio is being transferred as a code, voices can be restored to their original quality on the receiving end.  The general benefits of digital are very desirable:

Digital audio bridges have made it possible to host calls with thousands of participants without breaking the bank.

Where digital audio bridges initiated the movement away from analog, internet enhanced audio codecs served to magnify the value 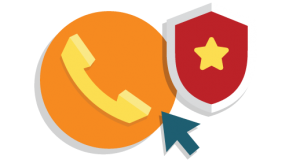 Let’s get more into “internet enhanced audio codecs.” The data files created by analog-to-digital conversion can be run through software called audio codecs.  A codec compresses and decompresses file size using an advanced algorithm.  The hope for audio codecs is that by compressing the data information into smaller bits without losing voice quality.

These codecs can be designed to work with internet protocols.  As was explained to me by our Director of Product Development & IT, James Lotery, the best codecs are adaptive, which means they compress at different rates depending on network speeds.  Thus, you get internet enhanced audio codecs.

So, what’s the value of internet enhanced audio codecs? Why add another step to the process?

These codecs benefit calls in many critical ways:

Because the information is compressed, less data is transmitted, which decreases the time it takes for information to be conveyed.  The benefit is reduced latency, or what seems like a more instantaneous transmission.

There’s certainly a “Money” theme in this blog.  Each innovation I’ve brought up has helped to keep call costs down.  And it’s no different here.  The internet circumvents the traditional operators who may have the monopoly on long distance communication, as James explained.  As a result, we see call costs remain low.

Encryption can be built into the mechanisms for these codecs to enhance call security.

The impact internet enhanced audio codecs is pretty easy to underscore.  The call clarity, fidelity, and consistency we now enjoy is certainly tied into this innovation.

MeetingOne was a pioneer in internet enhancement in the early 2000s.  Learn more about us and how we continue to be audio technology leaders!

Business processes and workflows, as we understand them today, wouldn’t exist without conference call technology.  Our productivity is connected to our ability to communicate.

Get the most innovative conference calling technology – AudioOne!

Equipped with custom integrations, visual management software, and top security features, AudioOne was created to be your unified source for business communications.